For the similar ability used by Sonny, see Vicious Strike.

Vicious Strike is an A.I. exclusive ability in Sonny 2.

Damages target with 140% of caster's Strength and Speed and heals the caster for 3 turns. Critical chance increased by 3.1.

Cannibal Blood: This unit is being healed for 3% of its maximum Health each turn. This effect has a 10% chance to resist being dispelled.

This is the Vicious Strike (Enemy Skill) animation: 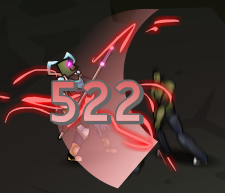 Retrieved from "https://sonny.fandom.com/wiki/Vicious_Strike_(Enemy_Skill)?oldid=21336"
Community content is available under CC-BY-SA unless otherwise noted.